Sand. If you’re like me, you may be thinking “there’s no way the world is suffering from a lack of beach sand”. In my case, I was wrong, since after doing research I quickly found out that beach sand is a precious substance used in concrete and many other building materials we depend on.

For this reason, most countries have pretty strict laws about removing beach sand. Before you take a few buckets home to fill up a sandbox or for landscaping purposes, there are a few important things you should know.

In this blog post, I’ll break down the legality of bringing home beach sand, sea shells, sand dollars, and other items commonly found on the beach.

Is it legal to take sand back from the beach?

While it may seem harmless, removing sand from beaches in the United States is in fact illegal. Even though this seemingly harmless act often goes unnoticed in small amounts, you can get fined for removing sand. In countries like Sardinia, Italy (known for its desirable white or pink sand), fines and even jail time is not unheard of.

According to a report in 2020, a couple of French tourists stopped at customs were fined $1200 for only removing about four and a half pounds of sand. In addition to fines like this, extensive jail time (up to 6 years) can result from repeat offenses.

In Hawaii, taking sand has been prohibited since 2013, when the Hawaii State Legislature put the law in effect. This was predominantly in response to tourists taking large quantities of sand from their black sand beaches, like Punaluʻu Beach.

Fines for taking this sand can be levied up to $100,000 depending on the severity and has opened up a black market on marketplaces like eBay in response before the marketplace stepped in and shut it down.

The sand shortage is so severe of a problem, that there are actually now  ‘sand mafias’ that have led to murders. This Ted Talk by Vince Beiser describes this problem in the video below:

Why removing beach sand has become a problem

Even though sand removal seems pretty harmless in itself (especially in the United States where there are two main reasons sand removal has become criminalized: coastal erosion and the black market.

According to the U.S. Climate Resilience Toolkit, coastal erosion is becoming a huge problem. In the United States alone, coastal erosion leads to a yearly cost of $500 million in coastal property losses.

Coastal erosion occurs when sea levels rise and large waves, along with coastal flooding, literally carry away sand, rocks, and entire beaches. The sand is either lost or dispersed.

Erosion is more common as a result of storms, but manmade sand mining has contributed as well. Sand dunes, seawalls, and sand fences are some prevention methods that are put into place to try and prevent erosion from taking place.

Since states like Hawaii and many countries internationally have made sand removal illegal, this has opened up a black market for which certain types of sands are traded. UNEP estimates that between 49 and 52 million tons of sand are mined every year, much of it being used in cement.

This has led to countries importing sand from all around the world, creating somewhat of a new gold rush. Since sand is such an easily accessible commodity for tourists, these black markets have popped up, since many industrializing countries largely depend on this depleting resource.

Marketplaces like eBay have recently cracked down on marketplace sellers selling sand from Hawaii and other places where removal is outlawed.

Is taking home shells, sand dollars, or starfish from the beach illegal?

Many states in the U.S. and other countries also have laws against removing or disrupting animals in their natural habitat, as well as the act of harvesting or collecting large amounts of shells as well.

In the United States, collecting a small bucket of shells is usually not a big deal, but different countries and municipalities have their own laws you must abide by. When in doubt, it’s always wise to err on the side of caution.

Are seashells okay to bring home from the beach?

In the case of seashells, you’re generally okay collecting a few shells as a tourist, assuming you aren’t on a beach that lies in a national park or protected area. Even on public beaches, this of course assumes you bring home a reasonable amount and aren’t in violation of altering the landscape in any way.

What about collecting live organisms like starfish or sand dollars?

While collecting a few seashells is generally an accepted practice, removing a live organism like a sand dollar, starfish, or other live sea creature from its natural habitat is illegal in many states.

In this case of living sand dollars, I have had the experience of finding these in South Carolina as a child. In many coastal regions, you can in fact find these in shallow areas or islands.

Typically a live sand dollar will be brown in color and usually buried in the mud. I once heard a tourist on vacation warn us about digging these up, and it’s something I still think about to this day!

On the other hand, when it comes to mollusks, such as conch, that live inside those large gorgeous conch shells, these creatures also fall under the same set of protections as starfish or sand dollars when alive.

Before removing shells from the beach, check for crabs, snails, mollusks, and other organisms living inside the shell. It’s always best to let them live.

After all, you can easily find these shells in gift shops for a few bucks.

Even in the rare case that you find a dead turtle, it’s best to leave it alone due to the fact that there can be severe penalties even if caught with an empty shell.

While the enforcement of sand removal in small quantities in the United States isn’t really common, it’s not a good idea to remove sand intentionally under any circumstances. Simply put, beach sand is not one of those natural resources that is as abundant as you might think.

If you do need beach sand for landscaping purposes, a much better alternative is to buy it from a home improvement store or purchase a dump truck full of it from a landscaping company.

Other than a few shells, any starfish or conch shell you’re better off purchasing at a gift shop, especially when traveling overseas.

In general, causing beach erosion or disrupting the natural habitat of sea creatures can lead to some pretty serious fines or jail time, so it’s best to know this beforehand!

Instead of shells, check out our list of 19 Practical Gift Ideas for Her (With Pictures) that will surely be a better option if you’re just looking for a beach-related keepsake! 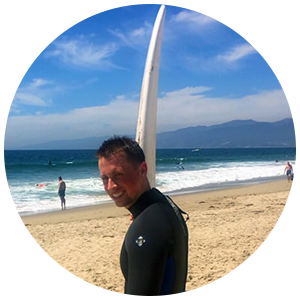